Soon after turning left by the Buck Inn the road gently starts to head upwards. It’s not long before the amazing 80 metre wall of the Cover appears on your right hand side, try not to let it take your breath away because you need it for what’s yet to come! The real effort starts once you hit the first two sharp corners and the gradient stays in the teens for quite some time. A short respite comes about 3/4 of the way allowing to catch your breath for the final steeper push to the top. Keep looking over to your right to view the superb limestone pavements and scene from one of the Harry Potter movie.

This climb featured in the Guardian’s article in April 2014 called the ‘The Yorkshire hills the Tour de France dare not tackle’ saying ‘the first and most obvious act of cowardice in Tour de France 2014 stage one will happen in Wharfedale, when the peloton sweeps over the bridge at Kettlewell. At this point any self-respecting cyclist turns right up Cam Gill Road for the brutal masterpiece known to cyclists as Park Rash’. The climb scores 9/10 in Simon Warren’s top 100 climbs basically down to the long initial section at gradients over 20% saying that the climb will take you to your absolute limits … and he’s not wrong!

Not the hardest climb by any means but it is one where the gradient is at its steepest near the top, so it always hurts, especially if you go too hard at the start. The Cow and Calf has been used in countless races over the years, but for 2015 Tour de Yorkshire it was resplendent, where thousands gathered to turn it into the Alpe D’Huez of England, to watch the likes of Sir Bradley Wiggins and Tommy Voekler ride past. In 2018 we are expecting it to be bigger and better when the climb will be used as a summit finish for both the men’s and the women’s race on Friday 4th May.

No one who watched day 1 of the 2014 TdF will forget the scene as Jens Voigt led the race and battled through the crowd to summit Buttertubs pass. Markings are still on the road from that day and it always feels special to ride this climb. The view from the top looking down Swaledale is majestic, but don’t be fooled on the descent; twisty and steep for much of the way means it’s a much harder challenge to climb up from the Thwaite side rather than from Hawes.

Only a handful of miles from Ilkley, this short but severe climb goes down in local cycling folklore. Usually ridden at the very end of a ride, its slopes reaching 20% mean it always hurts. It is now famous for being the last climb of the White Rose Challenge sportive and like many climbs in the area, the view from the top, looking up the Wharfe Valley, is just reward for the effort expended.

A significant challenge ridden from either direction although the climb up from Hawes punishes you with 2 final sections close together topping 20%. This is one of those climbs where you can see what lies ahead from early on in the climb. After an initial 17% lung buster near the start, the gradient lessens for quite some time, but you know what lies ahead. Rightly so, it features in Simon Warren’s top 100 climbs as a 9/10 rating and if you saw him ride it on the ITV Cycle Show, you will know why!

Chris Boardman used to hold the record for this mile long lung buster, but many hill climb experts have since lowered the time. After crossing the dam at the head of the picturesque Lindley reservoir, the road hits its steepest gradient from the word go, and doesn’t let up for quite a while. Eventually you hit a right hand bend and the % suddenly reduces and if you’ve got it left in your legs, you can settle into a good rhythm for the rest of the climb

Each of the 3 options to climb south out of the small town of Pateley Bridge presents a leg burning challenge. Nought Bank hits you with a short very steep section on a left hand bend then relaxes a while before the gradient creeps up and up as the road snakes up the hillside. You then enter the final steep section flanked by exposed rocks before a left hand swing after which the gradient eases, although the top is still nearly 1km away. Quite worthy of the 8/10 rating by Simon Warren in his top 100 climbs.

In terms of distance and height gain, this is not really worthy of the list, but the feeling of riding this cobbled street is something else. Used in the Tour de France and again for the Tour de Yorkshire, this is a local Bronte classic and was chosen as one of the best cobbled climbs in the UK by Cycling Weekly in June 2015. 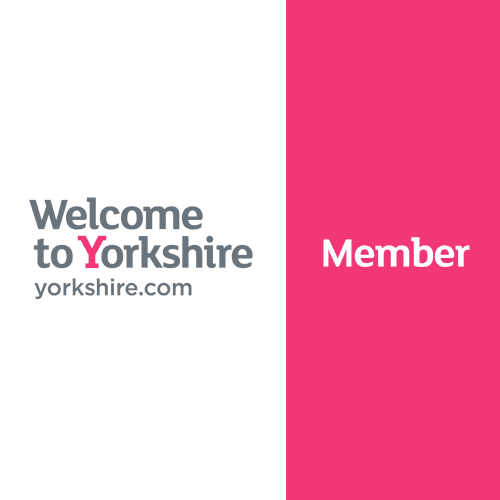 "The 4th year running we’ve facilitated a cycling day for @Overburyplc and yet again, the weather was brilliant! A s… twitter.com/i/web/status/1…"